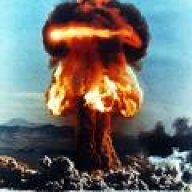 Anyone had an ongoing weep in one of your diff covers? Had my axles rebuilt - they came back with the covers held on with 2 bolts and the gasket in a wrapper. I have had so many issues in the past with diff covers leaking, only way I stopped them was a film of permatex, followed by the gasket, followed by another film of permatex. Both weeped slightly but the bolts did go another 1/4 turn and it stopped.

I notice now after about 2 months, the rear has a spot under it again. No puddle - just a stain on the floor. I wipe my hand on it and its shiny, but not wet. I'm using synthetic fluids which seems thinner, so maybe thats not helping. However its just in one 3" spot.

So I'm going through the (literal) 1500+ pics I took before/during disassembly, and notice the rear diff had a dark spot / leak at the exact spot the same size and all.

My Plan B is to try and snug the bolts again, but expect to pull the cover and try again. Better gasket? Seemed pretty decent. Maybe a thicker run of permatex? Dunno. 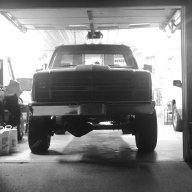 Same cover as before? My guess is someone used a screwdriver or prybar to get the cover off at some point in it's life (always on the bottom so that we can pry em open and drain the gear lube out) and it is warped in that location. If you're going to go through the trouble of removing it, make sure the machined surface of the housing is free of nicks, burrs or debris. And then make sure the cover is flat on the mounting surface, get it clean and hold the cover over the edge of your work bench so the lip is resting on it and check for warp/flatness and lightly tap with a small hammer working your way around the gasket surface of the cover until you feel it's flat and smooth. I just mentioned this process in a valve cover thread this morning. Lol Also, make sure there is no residual oil in the housing that can drip out when installing the cover, especially if sealer will be used as it will not allow it to dry and can form a leak in that location. And as a matter of fact I did this exact process to the cover on my Dana 60 front over a year ago and used zero sealer at all on the cover or axle housing and it hasn't dripped a drop past the gasket.

Yep - same cover. Good idea on the prying - can see that happening. My friend has a granite table - will know for sure if its flat there. When I sealed it up the axle was on saw horses with the nose straight down, so no chance of any fluids on the sealer. I used about 1/2 qt and just drizzled the gears while I turned it as they were clean-dry as a bone when I got it back from rebuild. Shouldn't lose too much when I pull the cover again.

fwiw.....can get a new OE cover, gasket and bolts (w/locktite) for <$30 delivered. Kind of tempting but I have to wonder if the new ones are as HD as the old ones.

I have never had an issue. Make sure the cover mounting surface is flat and clean. Use EITHER a gasket or RTV, not both. Its also important to point out that not all diff cover bolts are blind. If the bolt hole goes all the way through to the inside of the case, you need to make sure you have thread sealant on that bolt. If you forget to seal the through bolt holes, it will weep out around the bolt and down the seal and makes it look like the seal is leaking. This is the same thing that will happen to intake manifolds on SBC when people don't put thread sealant on the manifold bolts. 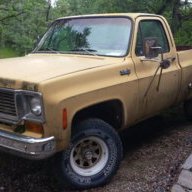 So do everything in the previous posts but use this Diff cover gasket. No rtv and its reusable! It comes in all sizes 10, 12 and 14 bolt

I ordered one of these Lubelocker gaskets - never heard of them but the reviews are great. Was cheaper from Lubelocker than ORD. lol I also picked up an NOS cover (I do suspect this one is warped or pitted) with bolts for $22 delivered.

None of these bolts are through holes - was surprised they didn't do that to at least one to drain the diff. I'll swap it before Spring sometime, get some fluid in and see if it holds. 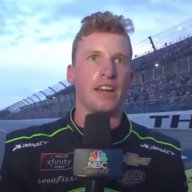 Differential covers have always been treated as-if they were intake manifold gaskets ... I rid myself of the gasket and use The Right Stuff, like an intake manifold EndSeal. 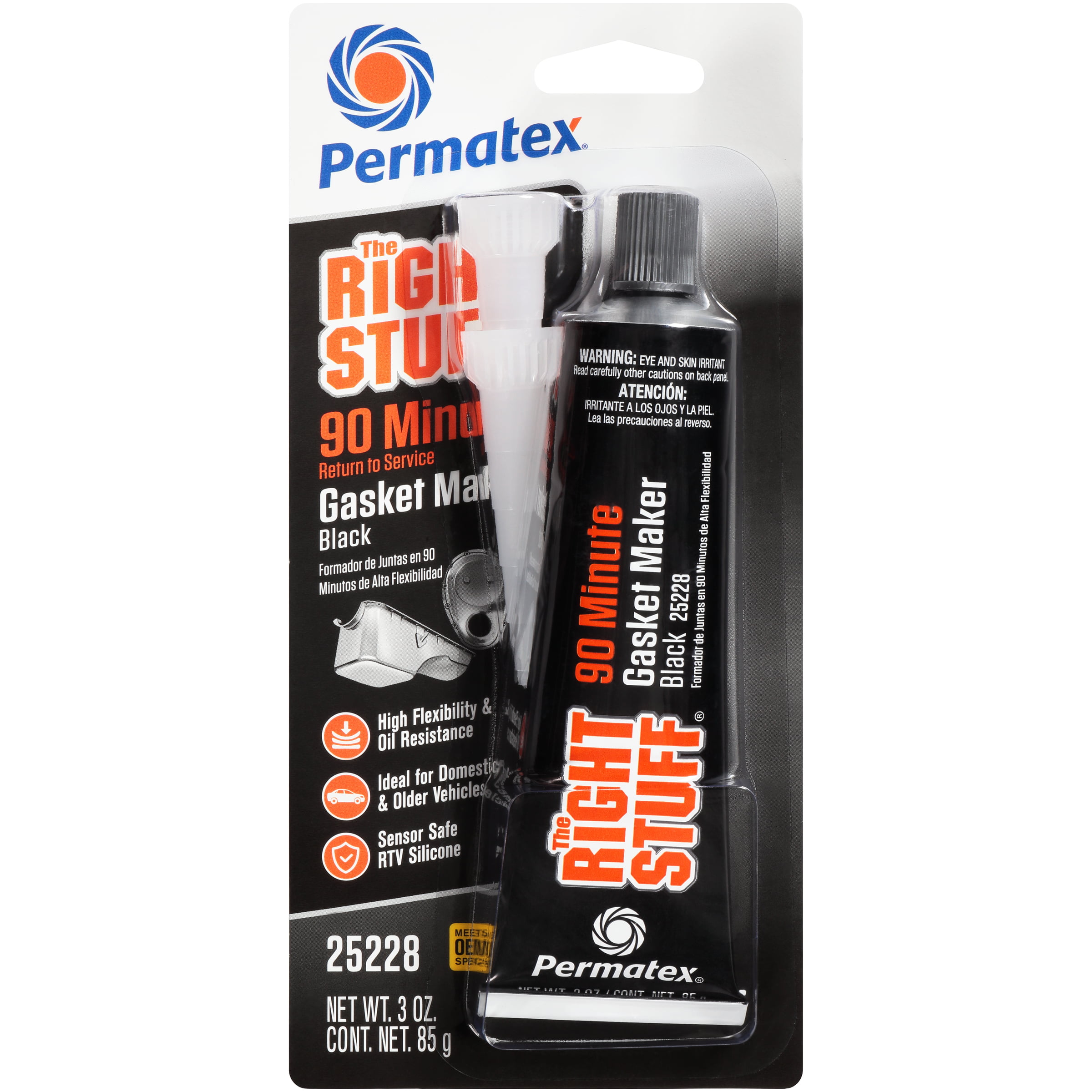 It's eight and a half bucks. 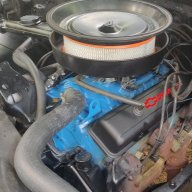 I use Permatex rtv that is labeled for diff use.It is made to resist the ep additive that is put into the gearlubes.Never have a leak,but it's a chore to pry the cover back off the next time.Any oil that squeezes out of a threaded hole etc will prevent a good seal when using an rtv.So I spray ether or brake cleaner really well to clean the holes and surfaces out and blow them out with air.But it's okay to put a very thin film of rtv on gaskets tho.It's just that most people overdo it.

The diff on my 84 Monte Carlo SS leaked like a sieve when the car had 1500 miles on it. After 3 trips to the dealer, I pulled it, used a gasket sandwiched between 2 layers of Permatex and it never leaked a drop after. Have done that MANY times. This is actually the first one to leak after doing the layered thing.

Doppleganger said:
The diff on my 84 Monte Carlo SS leaked like a sieve when the car had 1500 miles on it. After 3 trips to the dealer, I pulled it, used a gasket sandwiched between 2 layers of Permatex and it never leaked a drop after. Have done that MANY times. This is actually the first one to leak after doing the layered thing.
Click to expand...

Sounds like it got a tiny bit of oil on the mating surfaces then, maybe when the bolts were tightened.You sure its the gasket? And not a pinion seal?I had one leak and the air would blow it back around the cover and it would drip off it 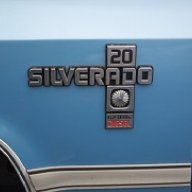 Any time you use a sealer like RTV Silicone or Great Stuff try to have enough time between assembly and final tightening to let the sealer cure. I finally got the aftermarket chrome diff cover on the Suburban to stop leaking by doing a thorough cleaning, assembling it just slightly snug and doing the final torquing the next day.

I went though this with old 4N cars - especially on water pumps and front timing gaskets. The bean counters found ways to make something paper thin....even thinner, and they would wick (literally) at 2:00 - not even the bottoms!

This axle was on a saw horse with the nose facing down. Only fluid was drizzled on the gears as they were clean-dry - 1/2 quart at most. It was never near the edge. Then I did the gasket and left it sit face down for about 3-4 days. It was clean and cured. Like I said, I have pics of the original gasket leaking at the exact same spot. I have a new cover and the fancy Lubelocker gasket coming. Going to also check close the casting on the axle housing too. 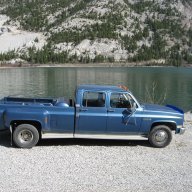 If you pull the cover Chris, check where the bolt holes are that the cover is not dished concave (from the outside going in) ever so slightly. If the
previous gasket was on the thick side, then over tightening the bolts will dent the cover right at the bolt hole. Doesn't take much and it will leak
there. Use a socket or a larger punch that covers the entire flat spot the bolt head seats against... punch in vise up right, and then the cover outer face down and set each bolt hole on the 'anvil' and wham wham.
And then use the Right Stuff smeared on each side of the gasket.
You must log in or register to reply here.