@Raider L Thanks for sharing all those old flashlights. pretty neat to see them all.

So I grew up in the 70's / 80's and one of those flashlights really brought back memories. Though not the neatest flashlight you shared, it's rayovac sportman, my parents had a number of them, I wonder if they still have any of them, I'll have to try to remember to ask. I remember pushing the flash button over and over, and my dad would have to yell at me about how I was gonna blow the bulb!

I'll have to get out some of my kerosene lamps and show some of them. Those things can get real technical in figuring out their mfg. dates and stuff. I also have a large clear glass kerosene lamp collection. From the mid-1800's to the 1920's and '30's. My mother-in-law had this old glass lamp sitting on her dining room table for many years that had a light bulb in it. I never paid any attention to it, until that is I got into collecting them a number of years ago. When she passed away my wife let me have it and told me that it belonged to her grandmother and she had had it ever since my wife could remember. When she passed away my wife's mom got it. So I did some research and found out the thing was made in 1848! So I took the light bulb fixture out of it and boxed it up and restored the lamp back to kerosene with the period correct parts and chimney for it. It's old enough to have been made with radio active Manganese. It's harmless, but when you shine a black light on it, it glows a bright green. It's really cool looking. That's how you know you have an old kerosene lamp.
S

@Raider L I looked and those Rayovac sportsman's are on E-bay for less than $10 given the number I see there Rayovac must have made a ton of them. I'd enjoy seeing the Kerosene lamps.

Since we are talking about old collectable, even though I'm about to go totally off topic. I have some old, 50's & 60's Coleman lanterns and stoves. I don't know if you ever get into the cooking thread, but I'm kind of a cast iron freak. One of the first pans I ever bought was at a garage or estate sale. Couldn't have been more than a few bucks or I wouldn't have bought it. Like you I use to frequent those things. It was pretty rough but I learned how to clean it up and season a pan with that thing. Once I realized I liked using cast iron, I bought more, a few years back a friend of mine suggested that some of my pans might be quite old. So I looked into it. My newest pan is from the 40's, my oldest was that first one. It's a Griswold, from 1906, old enough to have been cast in a sand mold, and quite rare now, it could be worth a few thousand dollars to the right person. I had no idea, it's my favorite pan to cook with and I still cook with it everyday. Though once I realized it's value I stopped taking it camping.

Yes, I to have several old Coleman lanterns. My oldest one is from 1965 a A100. I really like it. And as I collected more of them I tried to stay within the '60's and early '70's. After that Coleman started finding other pieces parts outside the US. I want all American made stuff. But you can still buy whatever you need in lantern parts from Coleman. Their website has changed though and some of the stuff I have bought rebuilding old burners and whatnot, the parts inventory list has changed some. Some of it is discontinued. I have several old stoves, 2 burners and have used the heck out of them when my wife and I used to go camping at a lake in Texas. They use the camp fuel or gasoline and I only have one that takes gas from the little compressed gas bottles you can get from Walmart. I'm currently trying to rebuild one that uses compressed gas, the fitting that goes on the bottle is messed up. And the only places on Ebay want an arm and a leg for it. I'm hoping that if they don't sell it that they will lower the price just to get rid of it. That's when I'll pounce on it. Right now though, they want just to dang much for it, and I can't seem to find that fitting and hose assembly anywhere else.

Since my grand parents were in the cafe business for over forty-five years I inherited several old cast iron skillets and one I'm particularly proud of is a old skillet that is flat, probably about 11 or 12 in. in diam., with a narrow raised lip around the edge. I know it has to be over 80-90 years old because it was old when my grandmother used it to make pancakes on back in the '50's.

I suppose you already know this, but you can still get the rubber and other parts for your Mag from Mag Lite. I bought a reflector and the rubber cover for an old Mag Lite I found. Can you believe someone would throw a Mag Lite in the trash? It's not like garbage cans, it's stuff people put out on the curb. People in my neighborhood throw the neatest stuff out from time to time. When I'm checking out the curbs on Sundays, because in my neighborhood the trash is picked up on Mondays, I call it "curb shopping"! One time I found a Coleman lantern in the green Coleman round container, looks like a 5 gal. bucket, that holds the lamp, extra wicks, and a small can of fuel, refill funnel, in a bunch of trash and stuff they put out from some remodeling the house they were doing. I saw that green bucket and I couldn't figure out what it was until I opened it up and the two wick lantern, wicks, and the little fuel can was all in there. Made 1974! I like to have fainted when I realized what I had found. I found that propane powered two burner Coleman stove "curb shopping" to.
S

@Raider L Cool find on the Coleman lantern in the garbage. As for the Maglite being thrown away I think it's just a sign of the times. Remember back in the day when people bought stuff and kept it for many years, now it's a throw away society. It use to be that some small town hardware stores also had maglite service centers where you could drop off your flashlight and they'd rebuild it the hardware store in town use to do it. I'm just happy I can still order anything needed from maglite.

Were I'm at it's pretty rural, so can't go "curb shopping", but about 2 miles from the farm is a place that us locals call the trading post. Really all it is, is a wide spot in the road that people leave stuff for others to take for free. The only rule is if it is there for more than 3 days the person that dropped it off is suppose to pick it back up. Most people follow this rule pretty well, but I've picked up a few planters there, some PCV pipe, a couch that is in the barn on the farm that my dog loves. A book shelf that I cleaned up painted and is now in my house, nothing really collectible though.

Wow, that sounds like a great idea to leave stuff for people. See, that's what I tell people is that American's are the most giving ang generous people on earth. I guess some would say it's because we have to much that other people would give anything to have half as much. Well, I say nothing is holding you people back to change your country or government so that you can be more like America then you can have stuiff to give away to those who have a need for it to. We've been trying to teach the world that freedom and liberty is the best way to live, but I guess some people just don't want to be free. They've gotten used to being under somebody else's thumb so they think there isn't anything they can do about it. They just have to reach a point where they understand that there is always more of them than the people who are controlling them. I like giving stuff away to people who need things. That's what we're supposed to do according to the bible.
S

@Raider L My main belief is that I try to do the best I can, be the best person I can and think of others, and be kind to those I know and strangers.

The thing about that trading spot is the nearby land owner was not very happy when people started doing that there, but a few of us offered to clean it up from time to time if dumping occurred, which was his concern. It's so rare. Maybe once a year someone will abuse it and leave a pile of unusable furniture or something there for way longer than they are suppose to. One call to the local garbage company and it's gone the following Wednesday. Now the guy that owns that nearby property likes it too.
S

Ok guys back to the maglight. So I choose to mount it on the center hump, between the drink holder and the seat, it's actually just slightly tucked under the seat so it's quick and easy to grab, but out of sight from the outside. It will prevent the seat from coming forward, but I just don't see that being an issue for us. I ran the wiring on top of the carpet under the seat, over to the seat belt ratchet where I ran it under the plastic kick plate. I grounded the ground wire to a screw under there, and then ran the power wire up to the fuse box where I used a fuse tap to tap into the radio fuse terminal as that is a hot terminal, key on and accessory positions. Fused the charger circuit with a 1 amp fuse as recommended by maglight. No pics at the moment as I'd left my phone in the house this morning, but I'll grab some later on for ya'll.
S 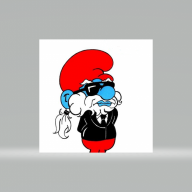 Will it fit on the left side windshield post? You could pull the wiring through the dash.
S

@rt66paul That would be a great location in terms of quick and easy to grab, but I'd have real concern of a couple pounds of metal flashlight coming off the charging mount on a rough road and hitting me. I've also got a home made grab bar on the A pillar so that complete eliminates that all together. Of course this is the passenger side, but the drivers looks the same. I've got the flashlight mounted on the floor in front of the seat and that is working fine for me.


You must be registered for see images attach
You must log in or register to reply here.

Installation of LED side markers