Be safe when trying to pull out a stuck vehicle- 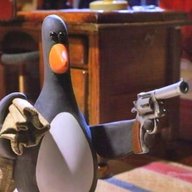 My local off road club had a link to this article. I'm not a facebook person but can still access and read it:

Mistakes were made and someone was sadly killed for it.

It's easy to say after the fact to "always have the proper equipment" but that just doesn't always happen. In this case using something heavy to throw over the strap would have helped, but the biggest/quickest/easiest thing would have been for the stuck truck to OPEN HIS HOOD.

Just a sad story that ended up traumatizing his whole family on what should have been a fun day.

I've been using the kinetic recovery ropes the last 5 years or so. It is amazing how much easier it is to get a vehicle unstuck. And use a soft shackle. They are strong and lightweight. Much better than a standard metal shackle that can turn into a missile.

Matt's offroad recovery youtube channel has a lot of videos of him using a kinetic recovery rope. I've learned a lot from watching him.

Mike that is sad. Yes recovery towing can be dangerous. This explains it all:

@77 K20 I have not used a kinetic energy recovery rope, but one time IDK around 10ish years or so we got the van stuck on the beach on the Washington coast. Wanting to be able to drive on the beach with less concern was the catalyst for me buying the Jeep, but any how there was no one else around on the beach so we called the local towing company. Of all things he came out in a rusted out square, and pulled us out with one of those ropes. I've seen a bunch of Matt's videos too.

On the farm we don't have to pull vehicles out much, but we do occasionally need to drag logs or other stuff. I use to have a number of old logging cables. Had one of those snap one time. It did not go in the direction of the tractor, but flung the other direction. Seeing the damage it did to a tree was enough to get me to retire ALL my old rundown cables.

Now I have two things I use. Very short chains that are two short to be likely to fly up and hit something other than metal, and a couple tow straps. I did have a strap break once and it was uneventful, just fell to the ground basically.

I'd like to invest in a kinetic energy rope one of these days though, seems like having one of those would be handy. I'll admit to using hitches for strap points but not drop hitches, my thinking was it might be to much stress for the receiver not the hitch though. Now I know better.

I went through armor recovery school and spent several years as a recovery vehicle operator both in the field and deployed. There are a lot of ways to kill yourself and others in these kinds of operations. Things that people think are no big deal can be a huge danger.

Recovery school is 8 weeks of intensive hands on training and it is still barely enough to get people to a state of "likely not to kill themselves". I have way too many stories of guys getting killed or seriously injured doing some kind of recovery operation without taking the proper safety precautions.

I've had a 1-5/8" steel cable snap while winching a tank out of a mud hole and it came back at me and caved the entire front of the armored recovery vehicle in. It was a several inch deep dent in 1-1/2" steel plate armor. There is way more energy there than people think.

Major basic things to consider:
1. NEVER step over a cable/chain/strap. Always step on top of it or walk around.
2. Always put a hook with the opening facing up or a shackle with the screw end facing up(threads down). the most likely failure method would then force the shackle or hook DOWN and into the ground instead of up and looping.
3. Never stand to the side or behind the vehicle being recovered. Preferably stand behind something solid like a tree/boulder/vehicle and at least 1.5x further away than the length of the cable/strap.
4. Never try to winch or pull on a part that is designed to come off the vehicle. A strap around an axle is best. Next best is a heavy duty tow hook/shackle eye, with a good quality shackle. Third best would be the tow hitch safety chain loops.
5. Don't try and jerk the chain/strap/cable to pull it out. The shock loading you are putting on it can easily exceed the maximum rated load for your cable/strap/chain/shackle/hook and cause it to catastrophically fail like you see in that video. That kind of big drop hitch was probably only rated for 10k lbs or less and I bet they were probably hitting 20-50k lbs of force or more on it as they got some speed before hitting the end of the rope. It was multiplied by how big of a drop that hitch had and giving it such a big bending moment.

@Bextreme04 I thought the military went to using kinetic energy ropes for recoveries. They introduce a lot less shock on everything. I've even seen 2.5" ropes that are just too big for "normal" people to use. (200,000+ lbs rating)

77 K20 said:
@Bextreme04 I thought the military went to using kinetic energy ropes for recoveries. They introduce a lot less shock on everything. I've even seen 2.5" ropes that are just too big for "normal" people to use. (200,000+ lbs rating)
Click to expand...

If they did, it was after 2010. The cable that broke on mine was the main winch cable on an M88A2. Its a 70+ ton hydraulic winch. We had a calculated load of about 120 tons on the line and it was pulling it up but must have hit a sharp rock or something on the berm the line was running over to get down the slope and to the tank. The line parted about 50 feet in front of the 88 and it was snapped up and into the front of the vehicle since it parted on the berm like that. The main benefit of the rope is that it is lighter and therefore is less dangerous than the steel cable, but with that much force on it, it would definitely still kill a person if it hit them. The benefit of the lighter weight of the rope is it makes it easier to contain a break like that by just putting something heavy on top of the line, like a sandbag. With a steel cable, there is so much energy stored in it that when it parted it would just slice a sandbag in half.
C

Also after seeing several synthetic winch lines break I will never own a steel cable winch. Even without a safety weight or blanket on the line synthetic just falls straight to the ground.

Their disadvantages of synthetic are cost and short life span comparatively

Here's a video of the vehicle type doing a similar winching operation with the main winch. The little winch you see on top of where the cable is coming out is a 6 ton winch that is used exclusively for pulling out the main winch cable. It requires 3 tons of constant pressure to pay out the main winch. The main winch is behind the front bulkhead and takes up the entire front. They are using a 140 ton shackle to double the force applied to the tank. It looks like this was likely just a training exercise to familiarize a new operator, since generally we are taught that you should never need the snatch block. While the main winch is rated for 70 tons direct pull, it can actually do significantly more and they say to just try it 1 to 1 and if it wont pull it that way, THEN use the snatch block. I have NEVER seen anyone actually need to use a snatch block with the 88A2, even when I was doing that pull that we calculated at 120 tons.

Sorry to sidetrack the original post... agree with CalSgt, for what everyone here is going to do, there is zero reason to be using steel anything. wrap one end of the recovery strap or kinetic rope around an axle. Use a soft shackle to attach the other end to something permanently and strongly mounted to the vehicle(tow/recovery hook/hitch safety chain loop) and then pull them out.

But still use appropriate safety procedures to make sure you are not going to be hit by anything.

I guess I should add that the kinetic ropes work excellent in what I've been doing- and that is typically playing in snow. Snow doesn't get all the nasty suction that mud can have. And a shovelful of snow will weigh less than a shovelful of mud.

I learned 25 years ago or so that mud just "wasn't my thing". Especially clay. Yuck. 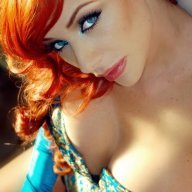 DAMN!!!
You must log in or register to reply here.

A
Trying to figure out my new cab mounts

Siphoning gas out of a bad tank

Is anyone having any luck buying a vehicle from Craigslist/Facebook Marketplace right now?
2 3 4

Found a Clean One!