Hello! I'm 28. Growing up, I've always liked the square body crew cabs and was finally in a position to obtain one approximately a year ago. Always have been a GM guy, bought a camper, ended up buying a 2018 ram 2500 cummins. Took a job across the country in Georgia. Sold the camper and ram. Once I was established and able to start rebuilding my life out here in Georgia, I began my search for a crew cab. My intention going into this was to build a truck how I want it, make it a swiss army knife. I stumbled across one about a 4 hour drive away. The guy said the tires leaked air that needed to be filled up daily. My buddy and I hopped in the car to see it. The frame had no rust, however the rocker panels, some of the floor, and a cab corner is rusted, no biggie. Drove it back home in the rain at night, with a missing drivers window. Truck is a SBC 350 with a th400. Engine does not leak oil, however the trans does leak a little tranny fluid.

The truck was running too rich and the electric choke did not work. Some of the vacuum hoses were routed to the wrong areas. Once the vacuum lines were sorted out, I tuned the carb and fixed the choke.

Once it got running right, I put in a new drivers side window, painted the upper half of the drivers door (getting new front doors eventually), rebuild the drivers side vent window, and installed new weatherstripping.

The old grille was cracked and faded. Some of the pieces were missing from the cross bars. I put it all back together with epoxy. Since I could not find some parts, I found some light bars that fit perfectly in its place. I repainted the grille and installed it. One headlight was out, so I purchased led headlights and new turn signal housing with LEDs. Installed an electronic flasher.

I decided to completely rebuild the entire front suspension,steering, and braking system.

I installed a class V rear bumper hitch and wired in a 4 pin and a 7 pin connector.

I installed a second fuse block that runs on switched 12v

I turned the center ash tray into a switch panel that consists of a remote brake controller, 3 auxillary switches. A usb charger, and a 12v plug.

I am currently installing an on board air system, with a 6.35 cfm air compressor and a 9 gallon air tank.

My power steering pump is leaky and needs to be replaced, which the new one is sitting on the workbench. 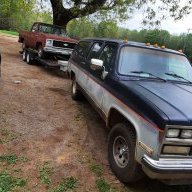 Good to see another younger squarebody fan like myself.


Hope you enjoy your stay 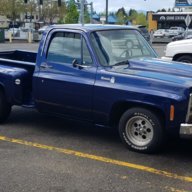 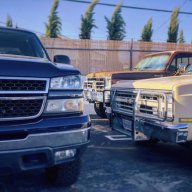 Welcome! Thats a big ol rig. Very nice! Always cool to see younger crew still into these older trucks too. Good stuff. Keep up the good work on it. 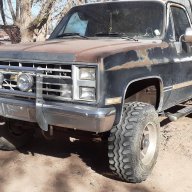 Welcome. What year is that GMC? Is it a big block truck? Manual or auto?
M

85K304SPD said:
Welcome. What year is that GMC? Is it a big block truck? Manual or auto?
Click to expand... 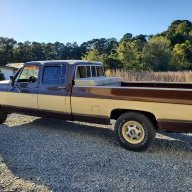 Welcome to the site. I want to do the 4WD swap on my 79 Crew soon as well. I have all the pieces but don't have the time. Someone on this site has a quote about time and money being an issue and they are certainly correct. 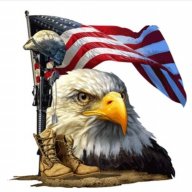 Nice find. You'll have your hands full and your wallet empty after the Cummins swap and 4wd conversion. Hopefully you will be done before the price of fuel makes it too expensive to drive. 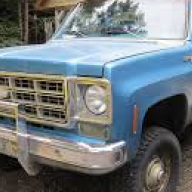 Welcome to the site. Great find.

I'm not sure if you know this... but either someone sold you only half headlights or companies are really cutting back on costs...
M

I'm not sure if you know this... but either someone sold you only half headlights or companies are really cutting back on costs...
Click to expand...

The high beams are the bottom half haha 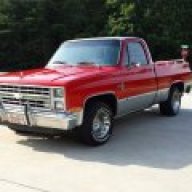 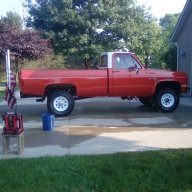 Meatwad said:
The high beams are the bottom half haha
Click to expand...

Still think you got sold half a headlight. All the headlights I ever bought used the whole light for low or high. LOL
You must log in or register to reply here.

Highliner in a crew cab?